Learn more about me and my work

Jennifer Vahlbruch was born in Laupheim, Germany, and moved to Kempten, Germany for her husband’s love. Since 2007, she has combined the longing for the mountains with her passion for photography. She wanted to capture her impressions, but the small picture format could not live up to her claim.

The self-taught photographer finally found her signature feature: large-format panoramic images, which she composes with a love for detail from single photos. These impressive images are a key element of her work. With them, the photographer wants to look beyond the edge and show the viewer more than a section of reality.

Besides mountain photography, the award-winning and juried artist has discovered her interest in other motifs and also works with the themes of landscapes, nature, and urban worlds. In her projects, she experiments with different formats and media to achieve a harmonious representation of the subjects.

Jennifer Vahlbruch is both, a photographer and an artist – it is thus important for her to distinguish between realistic photography and deliberate artistic treatment. Her pictures show either the genuine and unchanged but accentuated reality, or a deliberate artistic statement, which unfolds while editing the image. In both cases, she only uses her original photographs without mixing or exchanging image parts.

In 2013 the district of Biberach, Germany selected a concept from her for an art project which was realized through a grant from the Hilde Frey Foundation. Many of her photographs have been shown in several successful exhibitions. Her debutante exhibition took place at Kunsthalle Kempten, Germany in 2014 and was a huge success with more than 800 visitors. It was followed by other exhibitions, among others a solo show in winter 2014/2015 at the summit station of a mountain at 6683 ft. altitude.

Jennifer Vahlbruch came back from trips to the USA (Hawaii, Florida, California, New York), Switzerland, Austria, Italy, Sicily, Madeira, and the Canaries with many unique photos, many of them becoming new masterpieces. At the end of 2017, she moved with her husband to Texas, USA, where she is discovering her new home country with her photography. 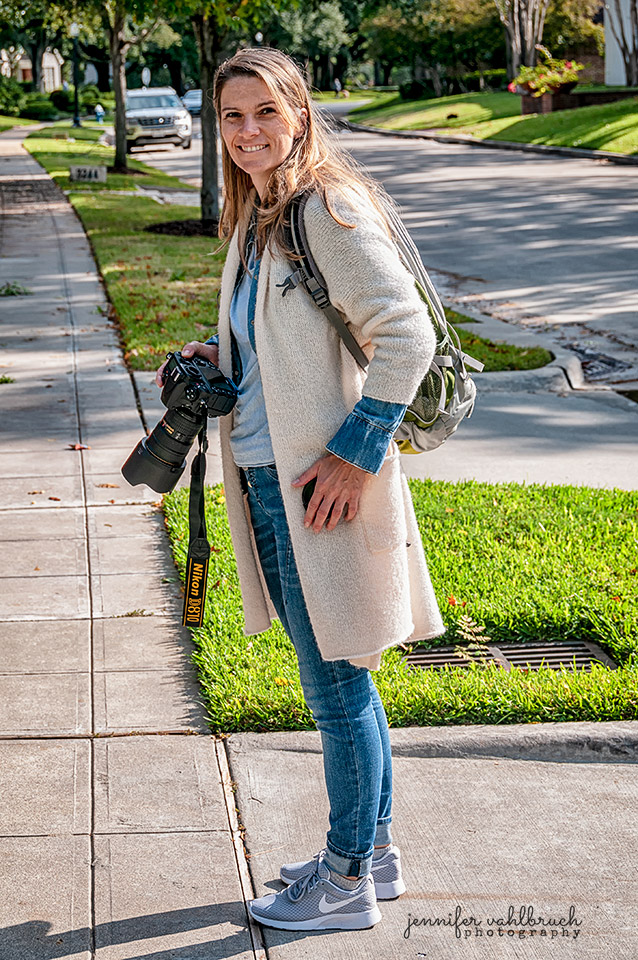 I’m proud of how my work is acknowledged.

Learn more about my solo shows and exhibitions.

Learn more about my artistic approach 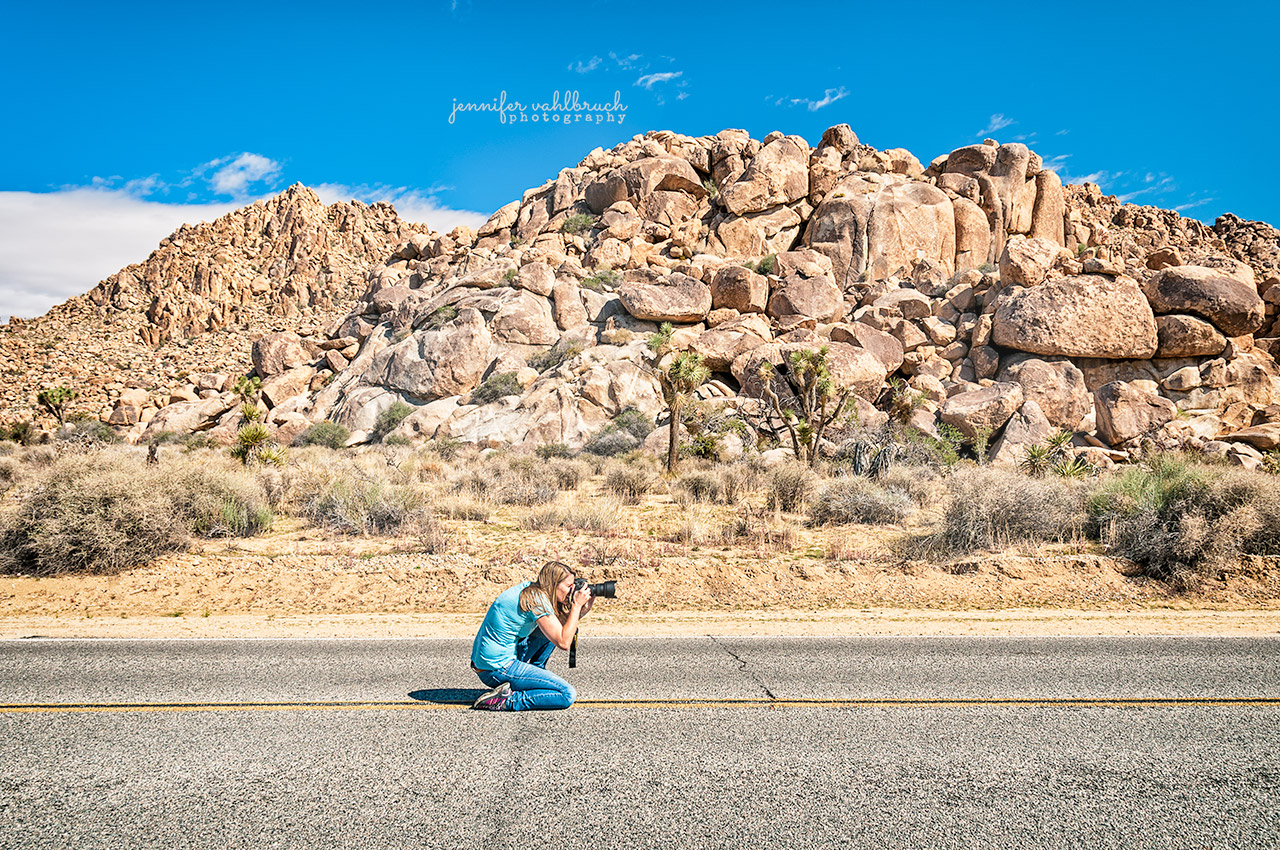 I am a self-taught photographer and artist, born 1976 in Laupheim, Germany, and have been living in Texas, USA since 2018. In 2000 I started to work with analogue photography and in 2004 I switched to digital photography. I aim to reproduce the reality I have experienced in an unadulterated manner and thus to document and preserve scenes from my environment. In doing so, I try to make the content visible and tangible for the viewer through image design, format, and meaningful presentation. My demand for perfection shapes all work steps from the recording to the image processing to the production of the Fine Art prints.

During my development, I tried out many areas of photography, but landscape photography, in particular, shaped me a lot. With panorama photographs of the mountains, I was able to make monumental scenes tangible and come alive. During some successful exhibitions, I saw how many viewers discovered tiny details from their experienced past in the pictures and since then I am dealing with the interplay of large and small, imposing, and inconspicuous. Big worlds can be experienced to discover small details, whereas small details can be staged to gain meaning.

Especially with this second area, I have recently dealt more intensively: I would like to reduce easily overlooked details from my own perception to their essential importance so that they can exemplify concrete situations and relationships in my current life at the time they arise. Due to the reduced representation with a focus on the often inconspicuous detail of the outside world, this is taken out of its natural non-perception and placed in a new context in front of an undefined background. At the same time, the element is also reusable. The viewer gains access to new artifacts that have hitherto remained hidden from him, which he can use in an extended perspective as building blocks in the context of his personal perception for analogies and connections in the real world. Thus the motif gains freedom of interpretation and enables a universal, individual transfer of meaning.

My photography is anonymous and unadulterated, incorruptible and clear, and the result of a composition of my soul.

Important steps in my career

1996: Marriage and move to the Allgäu area in Bavaria, Germany.

2000: Working in analog photography and digital image processing in self-studies.

2001: Photo trip to Paris and experimenting with urban photography in color and black & white.

2007: Discovering alpine landscapes as the main topic, switch to special panorama formats, various photo tours in the Alps in Austria, Switzerland, and Germany.

2009: Exhibition of two panorama artworks “Fiderepasshütte” and “Mitten drin” in the Allgäu Museum in Kempten, Germany.

2011-2012: Exhibition of 4 panorama artworks in the Rehabilitation Clinic Allgäu in Immenstadt, Germany.

2011-2012: Extended photo tours to Hawaii, USA, and Liguria, Italy. Improving in panoramic techniques and fine art printing. Working on forms of expression for the contrast between ocean and mountains.

2013: Acceptance of a concept for an art project “Photography 1900-2000. Made in BC” by the district of Biberach, Germany, and implementation with awarded funding from the Hilde Frey Foundation. Photo trips to Tuscany, Sicily, and the Aeolian Islands in Italy.

May 2015: Win in the Greencard lottery and starting the application process for the USA visa.

2016-2017: Preparing the move to the USA, working on the artist career and photography business in the USA.